What Flavor is Your Feed? 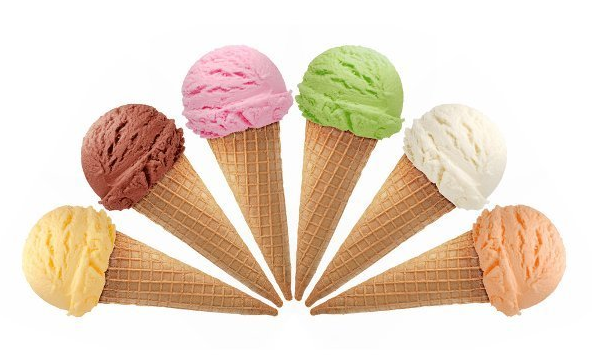 When was the last time you called your significant other, “honey,” or criticized someone for being “sour”? It’s a curious thing to sit down and think about, but the reality is that we often communicate with each other — perhaps subconsciously — in terms of taste, even if we’re describing something abstract and flavorless.

But what if it worked in reverse? What if we could taste the words we used on a day-to-day basis?

That’s the kind of thinking that inspired the flavor masters at Talenti Gelato to take on their most ambitious project ever. Known for creating delicious frozen treats from an extensive catalogue of natural flavors, Talenti recently devised a way to create a one-of-a-kind gelato flavor based on your social media persona.

It’s called FLAVORIZE.ME — and it can transform the words you use on social media into a quantifiable flavor.

Best of all, there’s a chance that your unique personality flavor will get made for real. Here’s how it works.

Are you cut out to be gelato?

There’s a lot that goes into creating your personal gelato flavor — and it’s more than just upwards of 350 ingredients.

First, the Talenti team sifted through a corpus of the 10,000 most-commonly used words in the English language — along with popular social media phrases like “turnt” and “SMH” — and broke them out into the five categories that our taste buds recognize: Sweet, salty, sour, bitter and spicy. Naturally, words like “love” and “awesome” fall into the sweet category, while words like “stupid” and “hate” belong in the bitter realm. But that wasn’t enough.

To add further clarity to the corpus, Talenti arranged its massive flavor catalogue into those five categories and indexed them based on the levels of intensity. Meaning, if “love” is the most intense word in the sweet category, it’s matched up with Talenti’s most intense sweet flavor, say, brown sugar.

Then things get a little complicated (in a good way).

When you submit your social media persona for evaluation, Talenti’s algorithm will analyze the words you used most on Facebook, Twitter and Instagram — even the colors of your Instagram photos — and place them into the flavor index. Your persona will then be assigned a custom flavor based on how proportionately sweet, salty, spicy, sour or bitter you are.

Granted, if you spend the majority of your online time trolling on Twitter, you probably won’t like the bitter flavor you receive. But the Talenti team says that’s the point. “Some people just don’t have suitably delicious gelato personalities,” a Talenti rep says.

In an ideal situation, however, you’ll receive a totally off-the-wall representation of all facets of you personality. Maybe your generally-sweet-but-sometimes-cynical-sometimes-sarcastic attitude lands you with a delicious blend of mango, lime and chocolate cake — a flavor combination that the world may have never known if not for you.

You can finally see — and taste — just how unique you are